Medical Marijuana Use on the Rise in Mass 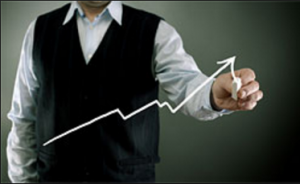 It has been a gradual process, but over the past six years, medical marijuana usage has risen steadily in Massachusetts. And while Mass. has had access to medical marijuana for quite some time now, it looks as if it’s about to enter its renaissance. This means big things are coming for local patients in the state, who specifically need medical marijuana as a pain solution, and are willing to take the right legal steps to get there. When the demand grows high enough, the suppliers – anyone from doctors, to dispensaries, and even government regulators – need to step up to make sure it’s taken care of; and that’s exactly what’s happening in Massachusetts.

What the experts are saying 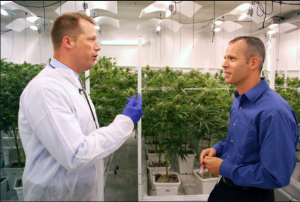 In last week’s Boston Globe feature, Albelaez highlighted some of the reasons why, through his experiences with medical marijuana patients in Massachusetts so far:

“I was really blown away when this older gentleman walked in and he described to me his experience in the Battle of the Bulge in World War II,” said Arbelaez, New England Treatment’s consultant for standards and practices. “His feet froze during that battle [in the winter of 1944], and he said he found a lot of relief from medical cannabis products.” (Boston Globe)

The state of Massachusetts has always been on the cutting edge of medical and pharmaceutical technology; so when it comes to medical marijuana, it’s no surprise how popular it’s become. The problem is, many of its citizens aren’t sure how to get their medical marijuana card, and then how to find the actual medical marijuana. This has left many Mass. residents asking the question why isn’t it easier to get? The short answer is that IT IS accessible to most people, you just need to take the right steps to applying for your card, and then finding a registered dispensary to sell it to you. And in Massachussets, that’s about to get a lot easier.

If you are a Massachusetts resident looking for medical marijuana care, you can now get a comprehensive screening and evaluation from a registered physician, here at our True Herbal Consults offices. We are now offering screenings for just $99, and can get you authorized through the state, with your medical marijuana card, stress free.

Give us a call today at 617-401-5295, or contact us via our website to find out what we can do for you, and how medicinal Marijuana can benefit you in both the short, and long run.

We Are Open! →
← 5 agencies petition Leominster to open first dispensary

By Appointment Only!
Ample Parking Available!

True Herbal Consults is dedicated to improving quality of life through natural and safe alternative therapeutic options while attempting to avoid undesirable side effects of traditional pharmaceuticals. We connect our clients with medical professionals that can guide them on a path to wellness through alternative methods using medical marijuana.
Copyright 2023 True Herbal Consulting LLC

True Herbal Consults LLC. helps its customers to understand available programs and, where appropriate, schedules convenient consultations with an independent medical professional. True Herbal Consults LLC. does not practice medicine, is not a health care facility, and is not regulated nor endorsed by the Rhode Island / Massachusetts Department of Health or any other state agency.